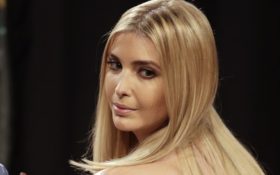 Ivanka Trump is being harshly criticized by the mainstream media for a Memorial Day tweet that critics claim wasn’t patriotic enough, ignoring shameless self-promotion from liberal celebrities on the day meant to honor our deceased veterans.
And these liberal reporters failed to do their research, because they are dead wrong about Ivanka’s tweet.
The tweet under fire came from Ivanka’s brand page, not her personal Twitter account, which posted a heart-filled tribute to our troops.
Bible Mystery: can anyone explain these 3 strange words? (sponsored)


In a typical marketing move for any business, the tweet facing criticism links to her site, complete with suggestions on how to spend the holiday weekend.

Her personal account, on the other hand, displayed kind words for veterans who gave their lives for our citizens:
Sponsored: Trump vs Crooked Hillary round 2?


Today we honor the men & women in our armed forces who have lost their lives to protect our freedom. Thank you for your service #MemorialDay
— Ivanka Trump (@IvankaTrump) May 29, 2017

CNN, Harper’s Bazaar, and Glamour, are just a few of the sites that reported on her “insensitive” tweet, but failed to recognize other national public figures that did the same exact thing"

But not surprisingly, there is no outrage from the left. While liberal celebs get a free pass by the “tolerant” left, Ivanka Trump gets destroyed for a tweet about popsicles.
-The Horn editorial team
Posted by Jack at 6:28 PM