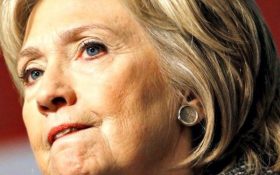 It’s been just over a year since the mysterious death of Democratic National Convention staffer Seth Rich, and another body just got added to the count of those dying in the wake of the Clinton controversies.
The Chicago Tribune originally reported the death a GOP operative who was on a mission to obtain failed presidential nominee Hillary Clinton’s missing emails from Russian hackers.

According to authorities, he man allegedly committed suicide just a few days after telling The Wall Street Journal about his mission to find the never-before-seen deleted emails.
Coincidental timing?
While police have accepted the suicide story, other experts disagree. Critics have identified multiple red flags in the purported suicide.
Peter Smith, 81, was found dead in a room at a Rochester, Minn., hotel. Police reportedly found a file of documents, which they interpreted as a suicide note because of it’s statement that Smith was in poor health and his life insurance policy was expiring.

But the first line of the suicide note has led to a flurry of rumors of foul play. In full it read,

Smith’s untimely death occurred on May 14th, after which a local reporter wrote that Smith died of natural causes and wasn’t killed.

But the Chicago Tribune uncovered the truth — Smith’s death was instead officially ruled a suicide by authorities.

And it was an odd suicide at that.
Smith was found with a bag tied over his head and hooked up to a helium tank. The cause of death was listed as, “asphyxiation due to displacement of oxygen in confined space with helium,” which the Rochester Police Chief described as “unusual.”
Smith had been working to obtain Clinton’s emails since September 2016, and told The Wall Street Journal that he had found five groups of hackers, two being Russian, that claimed they had the emails.
He had assembled an elaborate team of researchers, investigators, computer experts and attorneys in order to obtain the emails Clinton hastily deleted before handing her email server over to the FBI.
Then, just as everything was seemingly in place… he died.

Obtaining the emails from a Russian hacker would provide proof that Clinton’s server was compromised and potentially lost classified data while she was Secretary of State, something she repeatedly denied during the investigation.
There are also reports that Smith was in contact with retired Lt. Michael Flynn when he was advising President Donald Trump. Smith had allegedly told a computer expert that he had spoken to Flynn about his research, but later told The Journal that Flynn was not involved.
Shane Harris, the reporter who interviewed Smith just days before his death tweeted —

Shane Harris ✔ @shaneharris
When I spoke to Peter Smith I had no indication that he was ill or planning to take his own life.
And other twitter users quickly jumped on the conspiracy theory that this was not a suicide, but rather foul play — and they suspect the Clinton family, which has repeatedly been accused of murder.

Christopher Bouzy @cbouzy
We are to believe Peter Smith wrote a suicide letter with "NO FOUL PLAY WHATSOEVER," and then killed himself with a plastic bag & helium?

One user tweeted an image feeding into the theory that the Clintons will take down anyone that comes in their way. 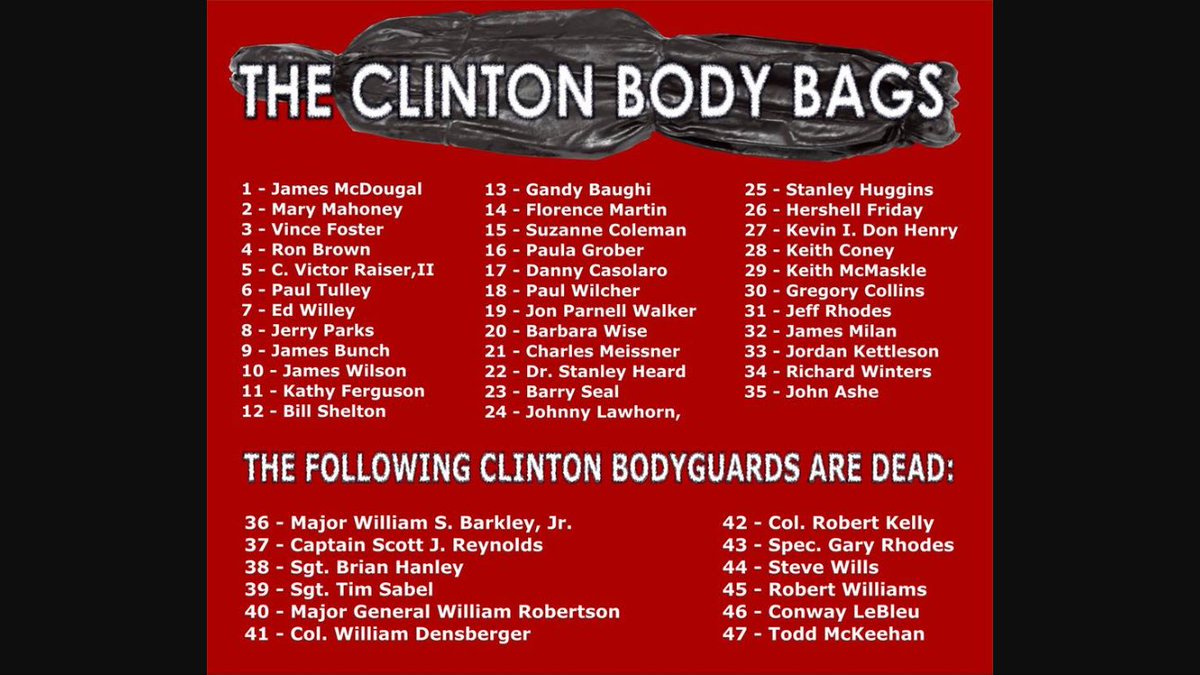 Jack Bailey 🇺🇸 @JackBaileyUSA
Another person looking into Hillary was "suicided"- Peter Smith. Watch your back!

"NO FOUL PLAY WHATSOEVER" Marc Kasowitz #thestory #tucker
Without intervention, Smith’s death is unlikely to be further investigated.
But that won’t stop determined Americans from demanding the truth.
— The Horn editorial team
Posted by Jack at 8:18 AM No comments: 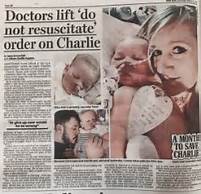 Dear Pope Francis....being that you were elected by the Churches college of Cardinals to be the leader of the church...it is past time to step up to the plate and lead by example.
In the New Testament Jesus said to his followers 'you have to power to heal as do I ' as long as you truly believe my power...it  is granted to you'

So Pope do you truly believe? If so heal Baby Charlie Gard...even the lowliest priest is granted the power if he truly believes and walks the walk not just talk the talk! Masked men armed with tear gas robbed 19 tourists Saturday morning as the tourists waited outside their hotel near an airport north of Paris.
A group of four Americans was among the tourists robbed by several hooded men outside the Novotel Hotel at Paris Charles de Gaulle airport, according to French news outlet BFMTV.
The robbers, dressed in all black clothing, pulled up in several cars as the 19 tourists were waiting for a shuttle bus to arrive.

The thieves jumped out of their cars and neutralized the tourists with tear gas before robbing them of their personal belongings, according to reports.
One tourist was left with hand injuries after trying to fight the assailants off.
France’s gendarmerie military police are currently mounting a manhunt to find the robbers, who were still on the run as of Monday morning.

The attack is the latest in a long string of high-profile robberies in the hotels close to the Charles de Gaulle and Le Bourget airports in France.
In August last year, a group of Chinese tourists was targeted by six robbers armed with tear gas in a remarkably similar fashion to the attack Saturday.
The Chinese tourists were sprayed with tear gas by the thieves as they loaded their luggage onto a bus outside their hotel. Two tourists and an interpreter were taken to the hospital after suffering slight injuries in the attack.
In March this year, two Americans were robbed by a pair of men as they returned to their car underneath the Place Vendôme, a hub for luxury jewelers in Paris.

The Americans were stripped of their diamonds and other jewels by the robbers.
The jewelry robbery came just two months after reality television star Kim Kardashian was robbed of over $11 million worth of jewels at a private residence in Paris.
The Kardashian robbery was considered by many to be a blow to the global image of Paris.
Former French center-right presidential candidate Nathalie Kosciusko-Morizet said the robbery highlighted “the general emergency around security” in Paris.
“The powers that be and the City Hall are not reactive enough,” she said.

What do you think? Scroll down to comment below.
Posted by Jack at 4:39 AM No comments:

by:Tim Brown
The state of Oregon is largely run by Communists and Communist sympathizers. In one of the latest bills, the state claims to give the right (unlawfully) to a judge to strip law abiding citizens of their arms and concealed handgun licenses based on the judge's own determination without any criminal conviction.
According to SB719, which was co-sponsored by Senator Bian Boquist (R-Dallas), a judge can issue an ex parte ruling in order to confiscate a citizen's guns.

The legislation, which has passed both the House and the Senate, now heads to the Governor Kate Brown's desk for her signature.
The bill alleges to create "process for obtaining extreme risk protection order prohibiting person from possessing deadly weapon when court finds that person presents risk in near future, including imminent risk, of suicide or causing injury to another person."
However, under the US Constitution, the rights of the people are not to be infringed under the Second Amendment.  Additionally, the Fifth Amendment is to provide the following protections:

No person shall be held to answer for a capital, or otherwise infamous crime, unless on a presentment or indictment of a Grand Jury, except in cases arising in the land or naval forces, or in the Militia, when in actual service in time of War or public danger; nor shall any person be subject for the same offence to be twice put in jeopardy of life or limb; nor shall be compelled in any criminal case to be a witness against himself, nor be deprived of life, liberty, or property, without due process of law; nor shall private property be taken for public use, without just compensation.

Where is due process in this matter if a single judge determines a person to be suicidal or a threat to someone else?  It is simply arbitrary at the point.

Yet, Senator Boquist has the audacity to claim, "Everyone wants to promote this as a gun bill. It’s not.”
It most certainly is Senator, and you know it.  That's why it mentions "deadly weapons" and "concealed handgun license."  If it looks like a duck and walks like a duck, it's a duck, but in this case, it's a gun confiscation bill.
The National Rifle Institute for Legislative Action opposed the legislation saying, "Based on a California law enacted in 2014, SB 719A would create a so-called 'Extreme Risk Protection Order' (ERPO) that could be obtained by a law enforcement officer, family member, or household member in an ex parte hearing to deprive someone of their Second Amendment rights without due process of the law."

By allowing a law enforcement officer, family member, or household member to seek the ERPO, SB 719A would allow people who are not mental health professionals, who may be mistaken, and who may only have minimal contact with the respondent to file a petition with the court and testify on the respondent’s state of mind.  This ex parte order, which strips the accused of their Second Amendment rights, would be issued by a judge based on the brief statement of the petitioner.  The accused would not be afforded the chance to appear in court to defend themselves against the allegations when the ERPO is issued.  These orders may be issued without any allegations of criminal behavior.

"In Oregon, people who pose a danger to themselves or others may be dealt with in a number of ways, depending on the circumstances," the NRA-ILA wrote.  "Under current law, every punitive measure which leads to a prohibition on firearm possession requires some type of judicial process, so people are not arbitrarily deprived of their liberty or their rights.  SB 719A is unnecessary and goes far beyond existing law."


I'm sorry but John,Lindsey and Marco have zero credibility on lecturing anyone especially POTUS Donald Trump on collusion...need I say more? Nope will just post the evidence! Nobody said making American great again was going to be safe. The ‘First Daughter’ Ivanka Trump was targeted by a man, armed with throwing knifes, claiming to have a meeting with her at Trump Tower.