The Comstock comes alive with the roar of motorcycles during the Virginia City Grand Prix, one of the largest and most competitive off-road motorcycle races in the west. This annual two-day event draws more than 1,000 racers to Virginia City to battle the rough terrain for glory. For more information or to register, visit VCGP.com. 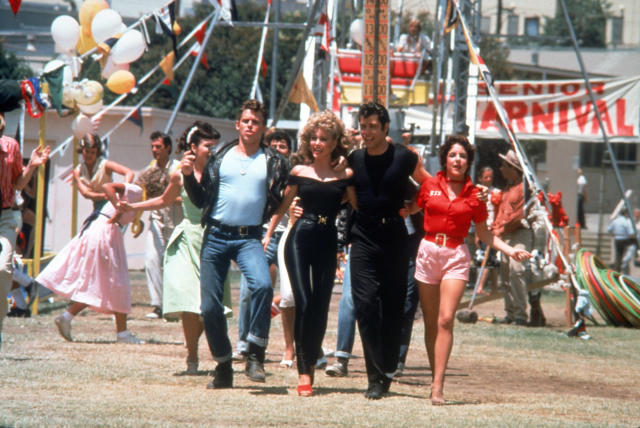 After all the high school drama (and accompanying musical numbers), the carnival scene in Grease gives the students of Rydell High a fairy-tale ending. Sandy, the virginal duckling, transforms into a red-stiletto-wearing swan; bad-girl Rizzo’s pregnancy scare vanishes; the Pink Ladies and the T-Birds pair off, as if under a love spell, and reformed delinquent Danny drives his shiny Ford convertible (technically Kenickie’s, but who cares?) into the sky, with Sandy by his side. In another film, it might all be too much. But for a musical like this, it’s perfect.
Not that there are other musicals quite like this one. Grease hit theaters in 1978, at a time when 1950s nostalgia was hot but movie musicals were decidedly not. Based on a raunchy Broadway show, Randal Kleiser’s film had an unproven cast (many members, including John Travolta, had appeared in the stage musical), pastiche musical numbers (albeit with sometimes filthy lyrics), and a tone so earnest you could barely make out the outline of a tongue gently planted in its cheek. Nevertheless, Grease was a hit — not just a hit but a sensation, the biggest film of the year and the highest-grossing movie musical of the century.

Forty years later, Grease is more beloved than ever. One could name many reasons — the catchy songs, the spirited dance numbers, the ageless cool of Travolta and Olivia Newton-John — but ask the cast, and they’ll tell you that the film is magic. The feel-good buzz that the audience gets watching Grease is exactly what the actors felt while they were making it. It’s what kept them dancing in leather jackets in the brutal Los Angeles heat. It’s what made them friends for life.
And nowhere is that joy more palpable than in the carnival scene, a 10-minute outdoor romp that brings the whole cast together for two last musical numbers: the Travolta/Newton-John duet “You’re the One That I Want” and the high-energy group number “We Go Together.” To celebrate the film’s upcoming 40th anniversary (June 16), and next Tuesday’s release of a new Blu-ray edition packaged in a miniature Rydell yearbook, Yahoo Entertainment spoke with the original T-Birds and Pink Ladies (with the exception of Travolta, Newton-John, Stockard Channing, and the late Jeff Conaway, who played Kenickie) to assemble an oral history of Grease’s unforgettable final scene.

Watch “You’re the One That I Want,”  the duet with John Travolta and Olivia Newton-John in the carnival scene:

The carnival scene was shot in the summer of 1977, toward the end of filming, at the football field of John Marshall High School (one of three schools that stood in for the fictional Rydell High) . The cast had been rehearsing the final number for weeks, but didn’t realize until they arrived on set that producer Allan Carr had rented an actual, fully-operational carnival.

...as imperfect as is .@realDonaldTrump as we all are..he is our best shot to #MAGA hello he is our Midnight Special: 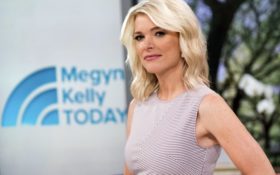 Television host Megyn Kelly is in deep trouble. Since leaving Fox News for NBC News, Kelly’s ratings have been far below what executives hoped when they signed her first eye-popping $23 million annual paycheck.
After her editorial program Sunday Night with Megyn Kelly was unceremoniously cancelled in 2017, Kelly was given a can’t-miss time slot to reinvent her career: An hour right in the heart of their flagship Today Show broadcast for her Today with Megyn Kelly.

Ratings started out a total disaster. And things haven’t gotten much better since.

According to a scathing report by The New York Post, there’s anger bubbling behind-the-scenes. “Since ‘Megyn Kelly Today’ launched in NBC’s 9 a.m. weekday spot in September, the former Fox anchor — famed for her hard-hitting questions — has been struggling to find her footing in the bubbly world of morning news,” The Post reported.
“Her January Nielsen ratings in the 25-to-54-year-old demographic are nearly 30 percent lower than they were for Tamron Hall and Al Roker’s show when it was in the same time slot last year.”
In fact, Kelly has turned off so many Americans that she is officially the least popular T.V. media personality in the country, TheWrap reported.

That’s reportedly bothering executives at the network — and they’re not the only ones concerned.
According to AdWeek, advertisers are starting to flee as well. Even Kelly’s former colleagues are coming out against her.
Fox News’ Senior Vice President of Marketing, Michael Tammero, shared that NBC has been struggling to find people interested in attending Kelly’s taping —

Michael Tammero ✔ @FOXlightMichael
When I was in charge of booking audiences for ‘Rush Limbaugh The TV Show’ the show would be OVERbooked at least three months out And we did it by phone! “... as of Friday, only one show was sold out through the end of March via its online ticket service.” https://pagesix.com/2018/02/24/megyn-kelly-is-a-loose-cannon-and-tarnishing-the-nbc-brand/ …

Inside the toxic atmosphere at ‘Megyn Kelly Today’

“She is hated inside the 'Today’ show,'" we're told.
pagesix.com

California launches an attack against churches!? 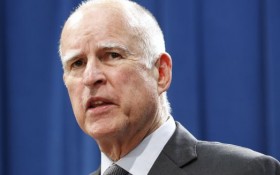 A California State Assembly is gearing up to vote on new bill that could ban the sale of books and punish churches that encourage children to stick to traditional gender norms.
Yes, you read that right — they want to ban books that say things like, “Girls wear dresses” and shutter churches that encourage boys to wear slacks.
Assembly Bill 2943 would make it “unlawful business practice” to engage in “a transaction intended to result or that results in the sale or lease of good of services to any consumer” that engages in “sexual orientation change efforts with an individual.”

The bill explains “sexual orientations change efforts” as “any practices that seek to change an individual’s sexual orientation. This includes efforts to change behaviors or gender expressions, or to eliminate or reduce sexual romantic attractions or feelings toward individuals of the same sex.”

In other words, if a California churches Sunday School teacher mentions that boys shouldn’t wear dresses, the entire congregation could be shut down. This California law would prevent Christians from practicing their own beliefs.
Christian orthodoxy is simple — whether a human has desires of gender expression, they must not act on those desires. Men are men. Women are women. It’s that simple, right?
Not if this California bill passes. It says that your gender and orientation are your identity — it doesn’t matter if Christians believe they find their identity through Christ.

The National Review explains, “The state is creating a new religion of sexual libertinism, declaring that religions opposing it aren’t just false but harmful, and then prohibiting contrary religious exercise.”
Whether people agree with Christians’ beliefs or not, no state should be allowed to ban their practices.
“No state legislature should be permitted to ban a ‘good’ (such as a book) or a ‘service’ (like counseling) that makes these arguments and provides them to willing, consenting consumers,” reported the National Review.
As reported by The Daily Wire, “By suggesting that any attempt to change behavior or gender expression amounts to illegal activity, the state of California essentially bars all transactions involving parenting and religious instruction not in line with the socially leftist worldview.”

This new bill is not just unconstitutional, it is complete tyranny.
If a four-year-old boy told his parents that he felt like a girl, this new bill would make it unlawful for the parents to take the boy to counseling or buy him a book on how to grow out of that awkward stage in his life.
California continues to move towards becoming an insane, out-of-control nanny state..
The bill has already made it past two separate committees, and it would come as no shock if it makes it to the halls of the U.S. Supreme Court.
–The Horn editorial team
Posted by Jack at 1:41 PM No comments: