Clint Eastwood’s latest directorial effort, an adaptation of the Broadway show Jersey Boys, which opened Friday. While Dirty Harry might not be the first name you think of when it comes to musical extravaganzas, we would argue that Clint’s been heading towards this his whole career. Below, we catalogued his not-so-secret past as a music maestro:


Rawhide (1963)
Eastwood got his big break playing Rowdy Yates on the long-running CBS western (he was 28 when the series premiered in 1959). This saloon scene, in which Rowdy croons a love song as he plays the piano, aired the same year that Eastwood released his first album, Clint Eastwood Sings Cowboy Favorites. 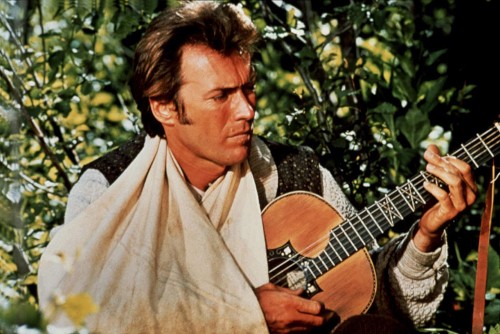 Paint Your Wagon (1969)
This notoriously bloated movie musical features Eastwood warbling a Broadway tune. “I Talk to the Trees” might well be the song that inspired Billy Crystal to sit on Eastwood’s lap at the 2004 Oscars and beg him never to sing again. 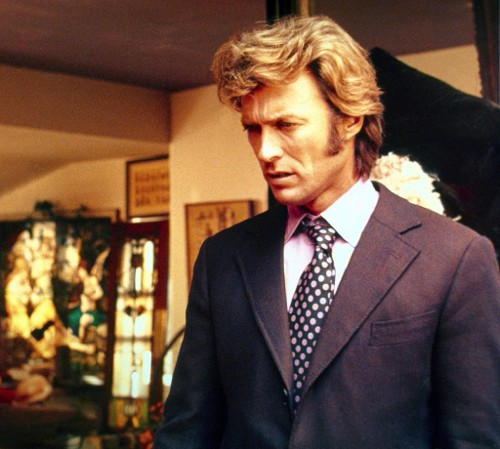 Play Misty for Me (1971)
Eastwood was a jazz lover from childhood. “That whole mid-’40s be-bop scene, that was a terrific era for a young kid who was interested in music,” he recalled in the LA Times. His directorial debut, a proto-Fatal Attraction stalker film, had Eastwood playing the host of a jazz radio show. The song “Misty” is woven throughout the film, which also contains a somewhat superfluous 15-minute concert scene filmed at the 1970 Monterey Jazz Festival.

"Bar Room Buddies" (1980)
Eastwood unexpectedly became a moderately successful country singer in 1980, thanks to two alcohol-themed tunes. “Bar Room Buddies,” a duet with Merle Haggard from Eastwood’s movie Bronco Billy, climbed to No. 1 on the Billboard Hot Country Singles chart. He also did a duet with Ray Charles, “Beers to You,” that was heard during the bareknuckle-brawl comedy Any Which Way You Can. The song didn’t take off, but the movie soundtrack debuted at no. 5 on the country albums chart. Growing up, Eastwood has said he “developed a love for country music, which was gradually taking the place of old-time pop music, where they told a story and you could actually understand the lyrics.”