Barack Obama’s Lie of the Year 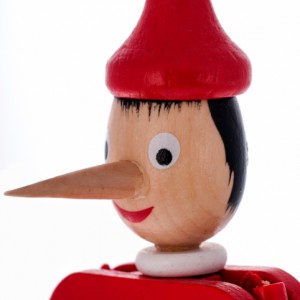 by Chip Wood
Is the tide finally turning against the left in this country? Two important issues suggest that it may be. We’re a long way from being able to proclaim victory. But we’re winning some important battles. Let’s look at the evidence.
Let’s begin with the most vilified piece of legislation in recent years: Obamacare. The latest polls say that 62 percent of the public are now opposed to the measure, while just 35 percent favor it. That’s one heck of a black eye for President Barack Obama’s major legislative accomplishment.
It’s by now common knowledge that Obama was knowingly and deliberately lying through his teeth when he repeatedly promised, “If you like your health care plan, you can keep it.” In fact, PolitiFact, the Pulitzer-Prize winning feature of the Tampa Bay Tribune, named this Obama whopper as its “Lie of the Year.” After the newspaper announced its selection, readers in a separate online poll overwhelmingly agreed with the selection.

For a while, the President tried to deny that he said what he clearly and repeatedly promised. Here’s how he tried to rewrite his own history, in remarks to political supporters last month:
“Now, if you have or had one of these plans before the Affordable Care Act came into law, and you really liked that plan, what we said was you can keep it if it hasn’t changed since the law passed.”
PolitiFact promptly labeled this as a “pants on fire” falsehood. And it noted that it had counted 37 different times before that, when the President had included no such caveats in his promise.
Even many Obama supporters cried foul over this obvious effort to deceive. Chicago Tribune columnist Clarence Page declared that the public “was entitled to hear the unvarnished truth, not spin, from their President about what they were about to face. I don’t feel good about calling out Obama’s whopper, because I support most of his policies and programs. But in this instance, he would have to be delusional to think he was telling the truth.”
No, Mr. Page, our President wasn’t delusional; he was desperate.
Obamacare supporters claim that the measure’s website is now largely fixed. Therefore, they hope, the problems are largely behind them.
Not a chance. Nearly 10 times more people have lost their insurance than have been able to sign up for a new policy. Millions more will be told in the coming year that their old policies are being canceled.

Many of those who do apply through Obamacare are finding that their premiums will be significantly higher — in many cases, more than twice as much as they had been paying — while their deductibles (that is, the amount they must pay out of their own pockets) have gone through the roof.
More and more Americans are realizing that this massive government takeover of our medical system is a disaster. Fixing the website won’t change the fact that the program is fatally flawed.
This one issue could be enough to decide several Senate seats this fall. Let’s make sure it is.

Another sign that the sleeping giant called the Silent Majority is coming awake is the amazing response of Christians and conservatives to the attacks on “Duck Dynasty” patriarch Phil Robertson for expressing his honest convictions about homosexuals.
GLAAD, the militant gay-rights group that launched the attack against Robertson, says it has received more criticism for its actions in this case than for any other positions it has taken. Even many gays have spoken out against the group’s efforts to suppress free speech.
One of the quickest about-faces came from Cracker Barrel. At first, the country restaurant chain said it was removing all merchandise from its gift shops that carried Robertson’s photograph. The company quickly did a complete turnaround and issued the following statement:


"When we made the decision to remove and evaluate certain Duck Dynasty items, we offended many of our loyal customers. Our intent was to avoid offending, but that’s just what we’ve done.
You told us we made a mistake. And, you weren’t shy about it. You wrote, you called and you took to social media to express your thoughts and feelings.  You flat out told us we were wrong.
We listened.
Today, we are putting all our Duck Dynasty products back in our stores.
And, we apologize for offending you."


Good for Cracker Barrel! The response reminds me of what happened last year, when the gay rights movement attacked Chick-fil-A founder Truett Cathy for his remarks defending traditional marriage. Instead of hurting the restaurant chain’s business, supporters turned out in droves, leading to some of the busiest days in the company’s history.
The same thing is happening again, this time with “Duck Dynasty” merchandise selling in droves. After the furor broke over A&E’s actions, there was a rush to purchase all sorts of “Duck Dynasty” items from Wal-Mart’s website. The group’s T-shirt was already Wal-Mart’s best-selling item of apparel for men and women. But now the shelves have been stripped of just about everything carrying the “Duck Dynasty” name.
And we’re talking about a ton of stuff. Wal-Mart’s annual sales of “Duck Dynasty” merchandise is said to come to some $200 million a year. According to Forbes magazine, the show’s merchandise empire is worth an estimated $400 million, so Wal-Mart sales come to about half of that amount. As you can see, the family business is a lot more than duck calls.
But let’s get back to the reaction to the attacks against Robertson. Conservative commentator Rush Limbaugh says there is something special going on here. He told his vast radio audience, “I think a lot of people are sick and tired of being pushed around by a very small minority of leftists who use weapons, like political correctness and censorship, intimidation, and everything else, in order to shut up the people who say things they don’t want to hear or disagree with.”

Limbaugh pointed out that Robertson is “the only one that’s really been discriminated against here.” He lost his gig on the family’s TV show. “[A]t some point,” Limbaugh added, “enough people are gonna say, ‘Okay, enough of this,’ and they’re gonna stand up and say, ‘Just shut up.’”
There’s no doubt Rush is right. A&E made a huge mistake by kowtowing to the radical gay rights movement. The reaction of Robertson’s defenders has shocked and alarmed the mainstream media. They’ve always been worried about what would happen if the Silent Majority weren’t silent any more. Let’s hope they’re about to find out.
In this holy season, as we celebrate the good news of Christ’s birth, I hope you’re encouraged by these more earthly glad tidings. Let’s begin the New Year rested, refreshed, and even more resolved to do battle with the enemies of liberty.
Happy New Year! And until next time, keep some powder dry.